KFC Bucket on The Road

Recruitment roadshow all over Europe that you never forget

Kilometers on the way

The KFC network of fast food restaurants ranks fourth worldwide. On the Czech market, however, its Polish operator – the company AmRest – took second place. Given the record low unemployment rate not only in the Czech Republic, but also in other European countries, the company decided to attract its new potential colleagues with something unconventional.

The company was looking for a unique solution that would present KFC as a great place for rapid career growth, with a friendly and fun work environment and attract especially the younger generation. At the same time, it was looking for a solution that would be mobile, making it possible to travel with it to several major cities in Europe and thus strengthen employment and employer brand in the regions that needed it most. 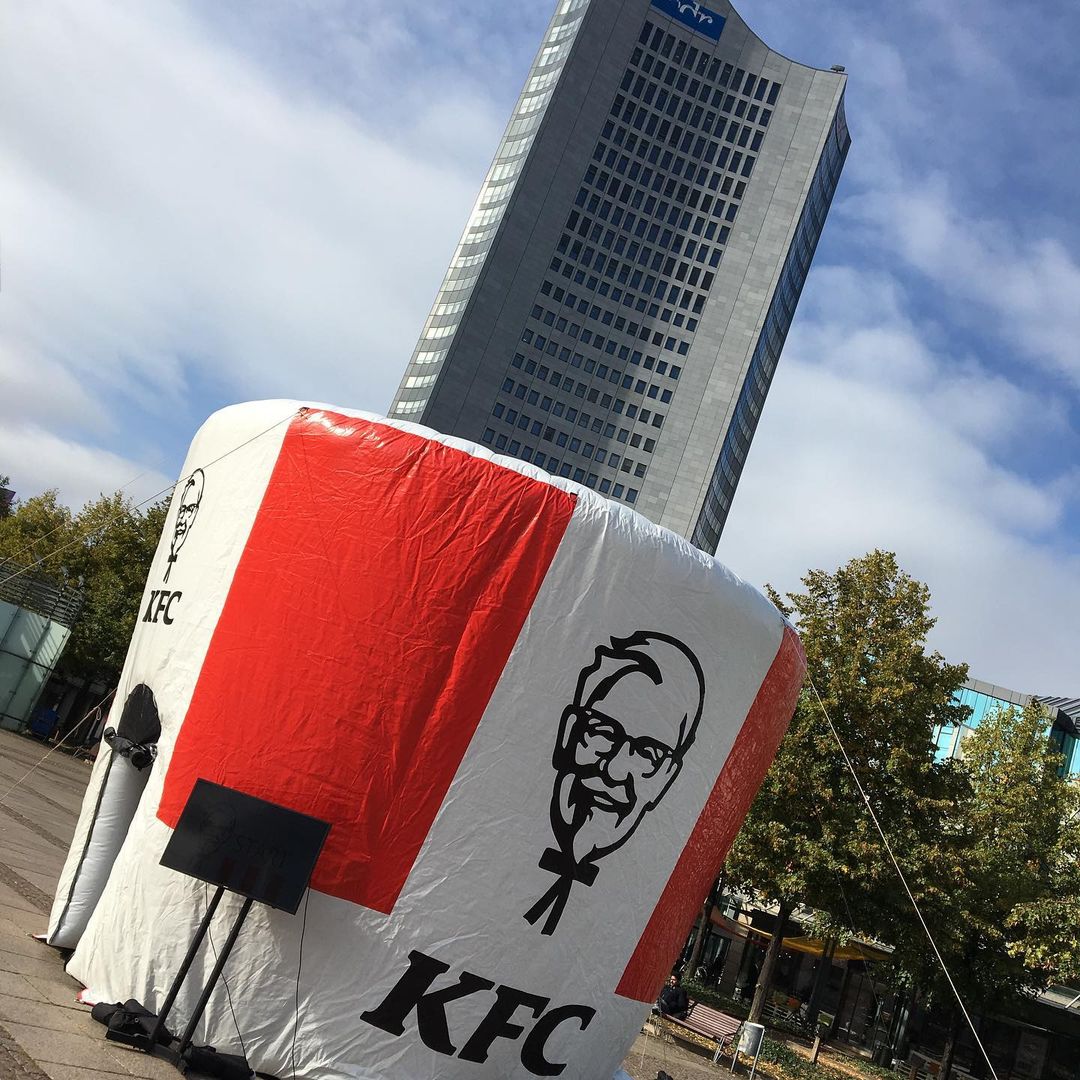 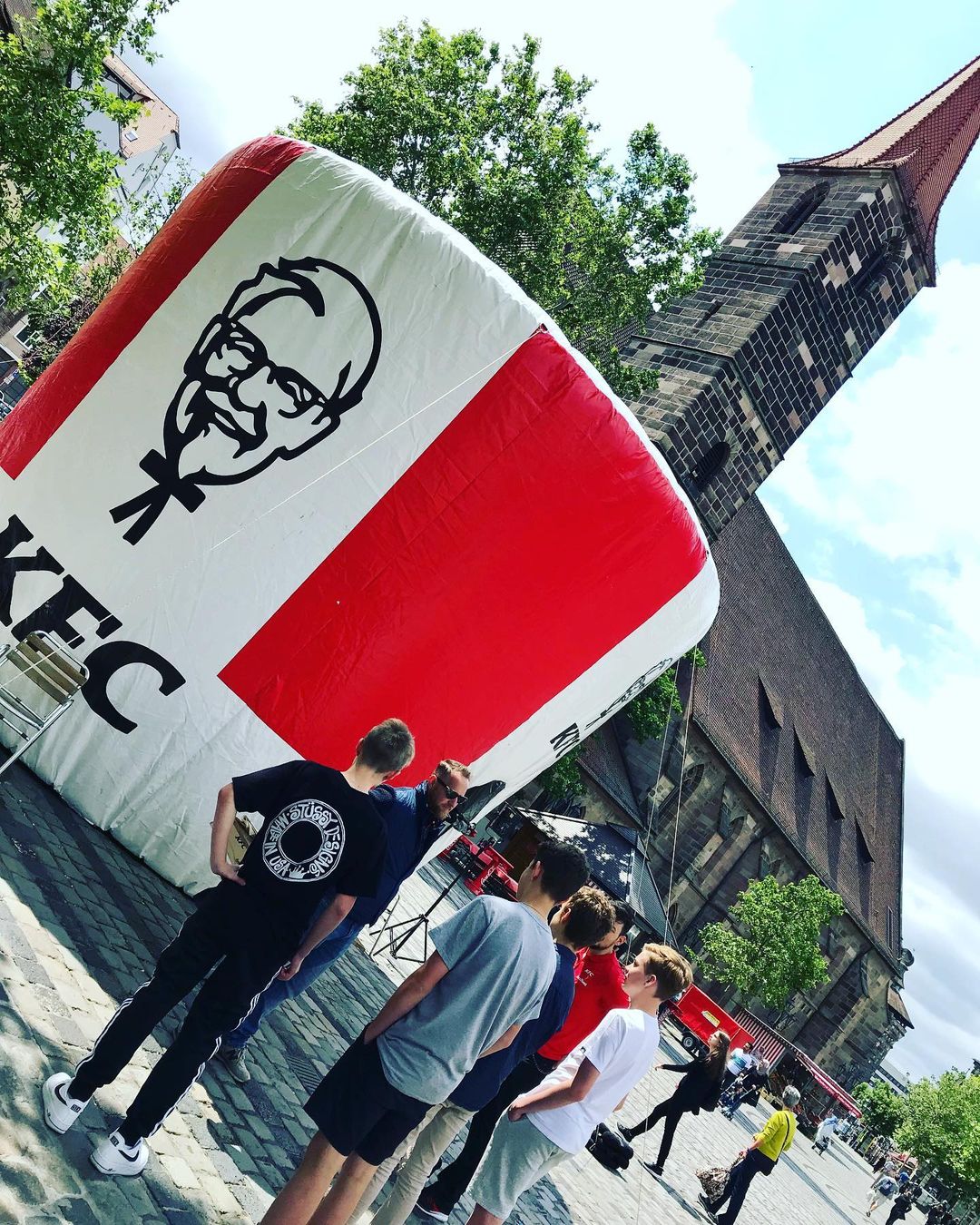 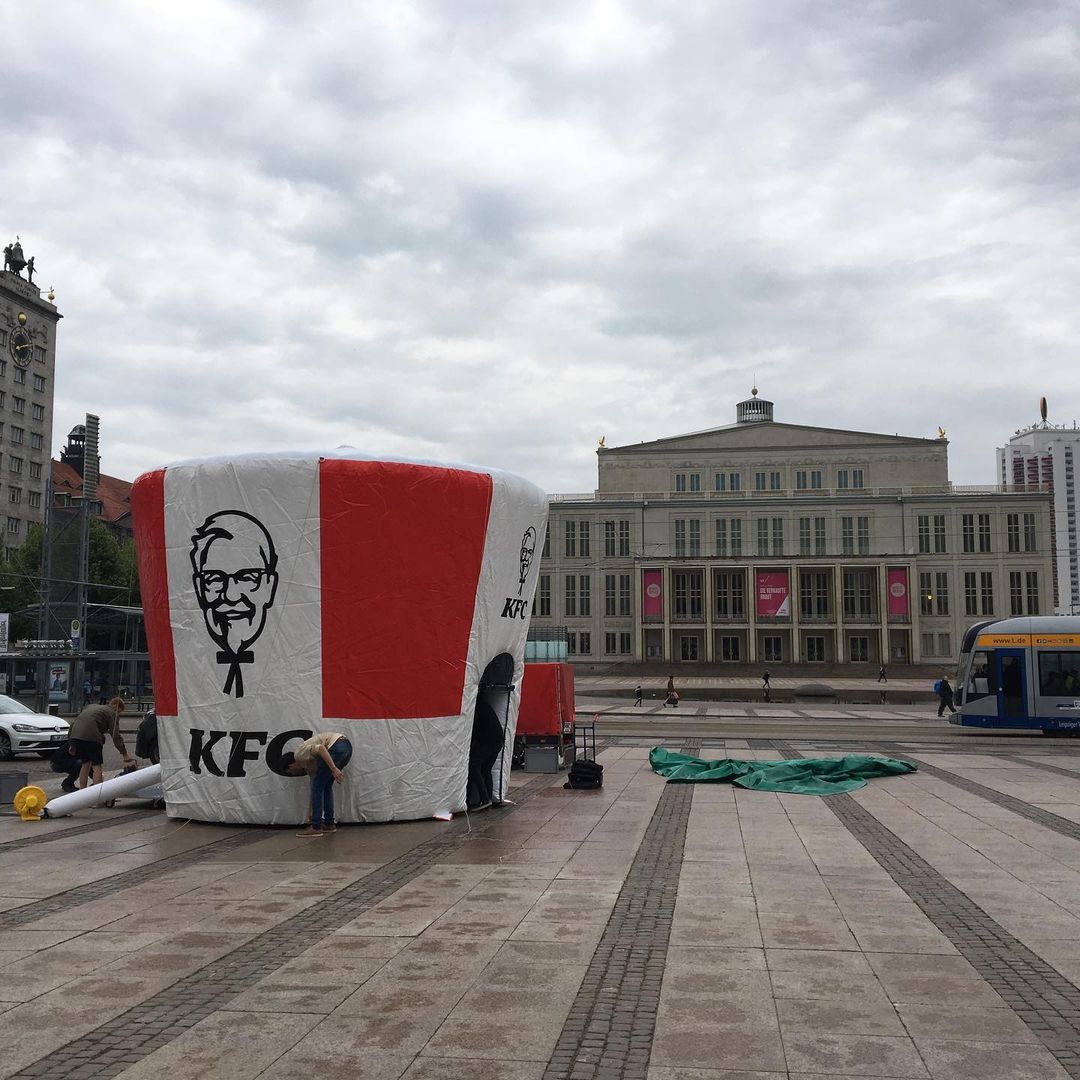 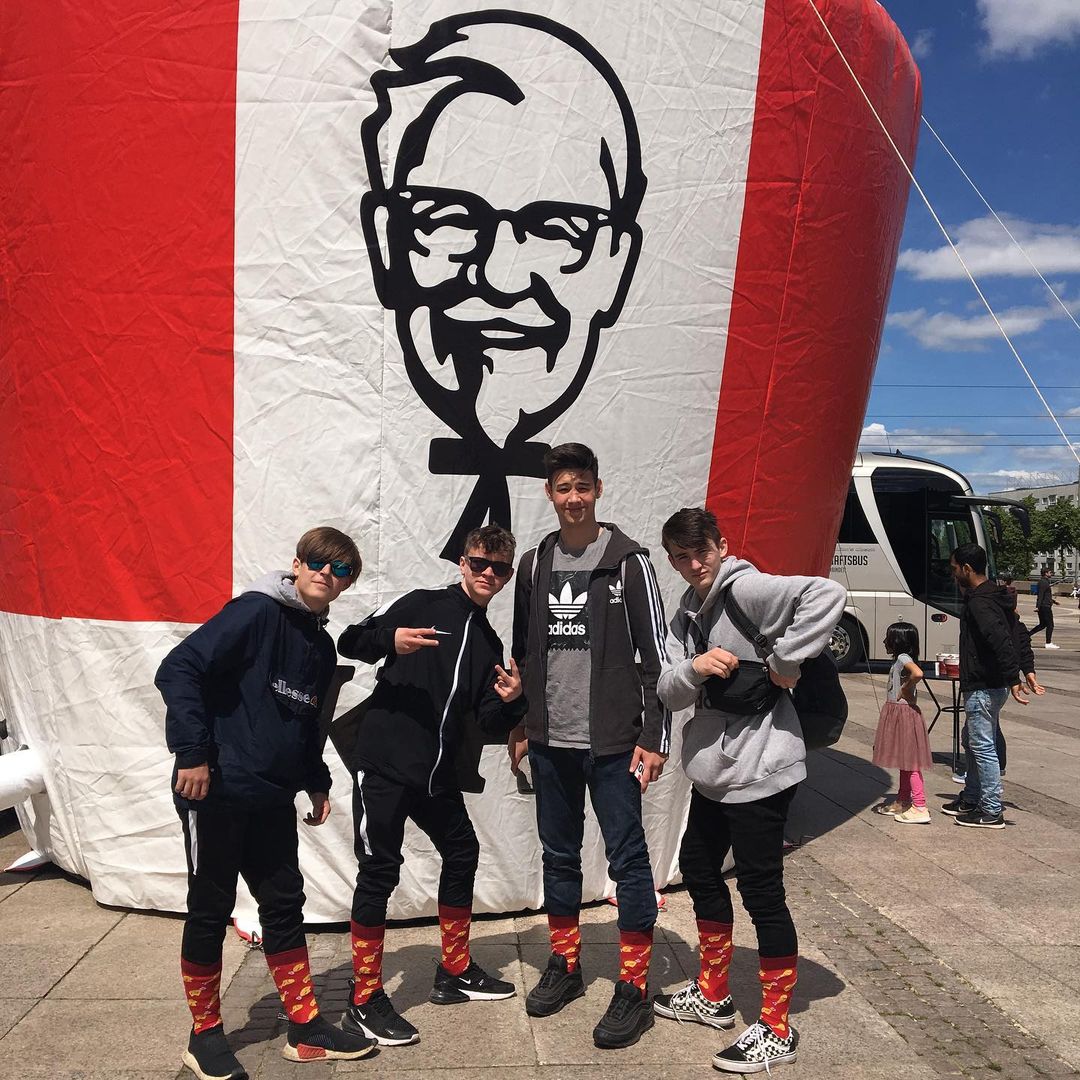 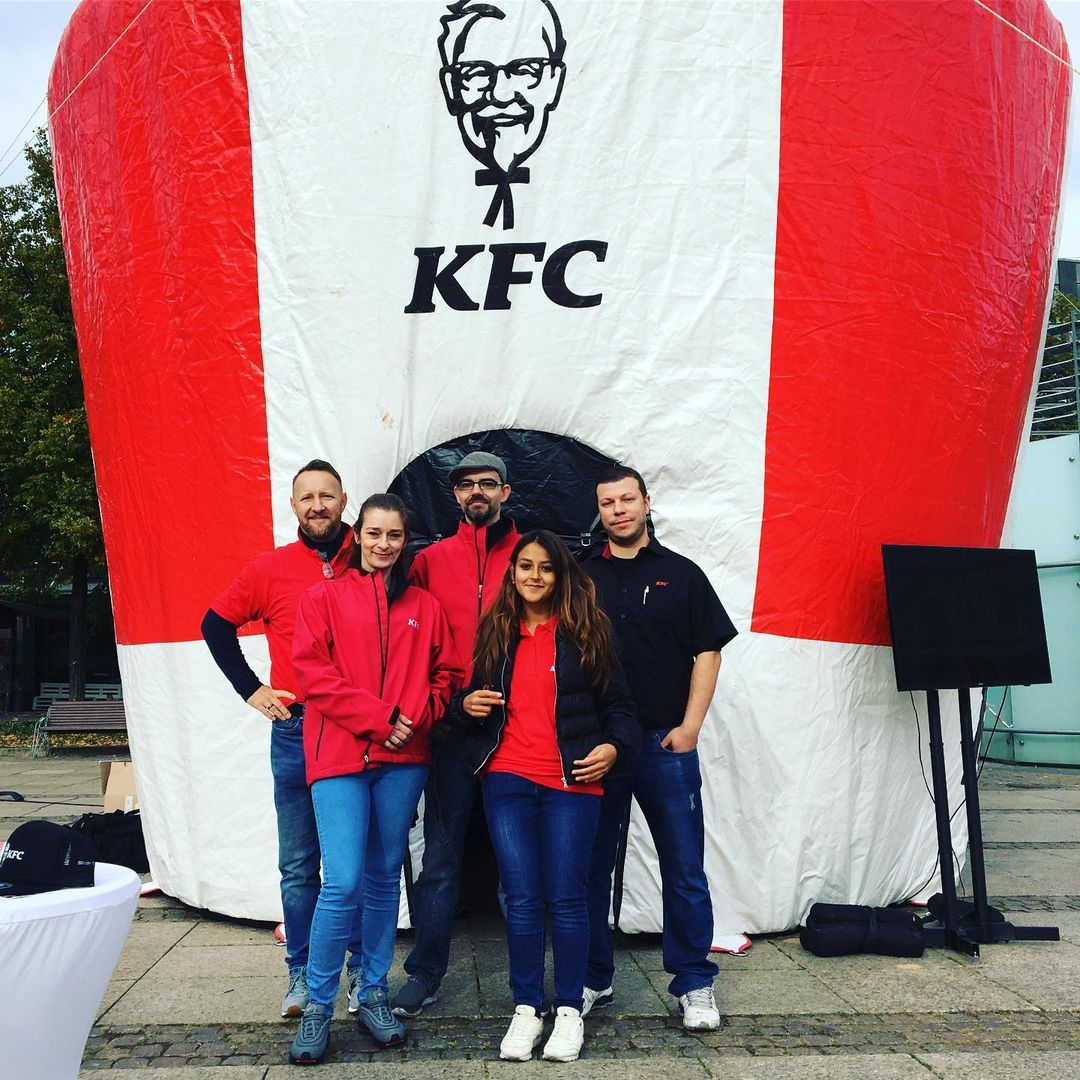 For KFC, we created a gamified virtual reality application, completely in the design of this world-famous brand. However, even the best VR application would be useless without users trying it out. So we were looking for a way to get the attention of passers-by miles away. And there is perhaps no better object associated with the brand, such as a traditional bucket full of crispy and tasty wings. So we made a huge inflatable bucket, which always became the dominant feature of the place we came with.

It worked wonderfully. In front of the bucket, queues of people began to form, who wanted to try the uniquely unique VR application. The aim of the game was to collect as many points as possible, for which the visitors of the roadshow received well-deserved rewards. In addition, the players competed for who was the best. This interest was then used by the client’s present personnel, who filled out a form with the waiting people and invited them for a personal tour of the restaurant. The results were incredible!

Thanks to the VR application from PBRDigital, we have taken recruitment and employer branding to a whole new level. The aim was to show that working in KFC is also fun and we succeeded.

Experience of our events were unique and eye-catching, the idea is very innovative so we managed a unique campaign for it. Everyone was happy to trying to reach the highest points of the VR game.

Kilometers on the way

Get in touch and we'll help you set up WeBoard to suit your business case.

This website uses cookies to improve your experience while you navigate through the website. Out of these, the cookies that are categorized as necessary are stored on your browser as they are essential for the working of basic functionalities of the website. We also use third-party cookies that help us analyze and understand how you use this website. These cookies will be stored in your browser only with your consent. You also have the option to opt-out of these cookies. But opting out of some of these cookies may affect your browsing experience.
Necessary Always Enabled

Performance cookies are used to understand and analyze the key performance indexes of the website which helps in delivering a better user experience for the visitors.

Analytical cookies are used to understand how visitors interact with the website. These cookies help provide information on metrics the number of visitors, bounce rate, traffic source, etc.

Advertisement cookies are used to provide visitors with relevant ads and marketing campaigns. These cookies track visitors across websites and collect information to provide customized ads.

Other uncategorized cookies are those that are being analyzed and have not been classified into a category as yet.